Villagers stand firm for their development in Kilolo district

Kilimbwa is a very remote village in Ibumu Ward in Kilolo District of Iringa region. It is a fairly new village, about 10 years old and a population that is growing very fast. The villagers here have begged and waited in vain for a school for so long. Their children were forced to attend school in far off neighbouring villages.

One day they got tired and decided to build their own school with resources available in the village. This is their Story. A Story of change. A testimony on how one community decided it was a thousand times more useful to do something about their problems rather than complaining and waiting for the government.

The story is a result of citizens’ action following successful awareness, mobilisation and training campaigns to get them more involved in their development. And this partly results from efforts by the Civil Society work.

First the village-nation context: Comparatively, the rural population constitutes the biggest portion of Tanzania. And since it is villages that make up rural Tanzania, technically, villages are the threads that weave the fabric of the Tanzanian society. Any positive changes happening in villages indicate a potential positive national trend, or at least a large portion of it.

Kilimbwa villagers were not bothered whether there was accountability in their leadership nor cared how they made decisions for the whole community. The citizens were not aware of their rights and how important it was for them to get involved and participate in planning and decision making regarding their development processes.

Their leaders shared this, “We had a big accountability problem here. The leadership never thought of the people and the people never cared. There was no transparency on decision making and priority setting. Leaders were responsible for everything” says Mr. Sethi Mnyamoga, Kilimbwa Village Chairman.

This was a bad time for the community. Bad decisions were made and there were many cases of misuse of public resources meant for uplifting the people. “Nothing was moving forward. We were actually stuck somewhere bad” adds the Village Executive Officer, Mr. Majaliwa Nyalusi.

Mazombe Mahenge Development Association (MMADEA) is an Iringa-based grassroots Civil Society Organisation (CSO) involved in a number of social initiatives for some time now. They assessed the situation in Kilolo communities and requested for resources to turn the situation around there.

In the past two years they received a Grant and Capacity Building services from Foundation for Civil Society to transform Kilolo communities in terms of awareness on participatory planning and budgeting as a prerequisite to development. Their task was to make sure every citizen in the communities had the basic knowledge on these issues and actually participated in decision making and other development efforts in their village.

FCS is among the biggest alternative source of funding and capacity development services to CSOs in Tanzania, having worked for over 18 years, strengthening over 5,700 CSOs in Mainland Tanzania and Zanzibar.

MMADEA camped in Kilolo communities conducting awareness and education campaigns that engaged Local and Social leaders, Citizens and linking with Kilolo District Council experts. The campaigns were cascading from the streets, village, Wards and all the way to the District Council level.

After successful community campaigns it took just a few months for Kilimbwa villagers to speak with one voice in the village meetings that their priority is school for their children. Of all issues that needed immediate attention, they decided that making their children attend school right in their community instead of going to neighbouring villages was of the utmost importance. 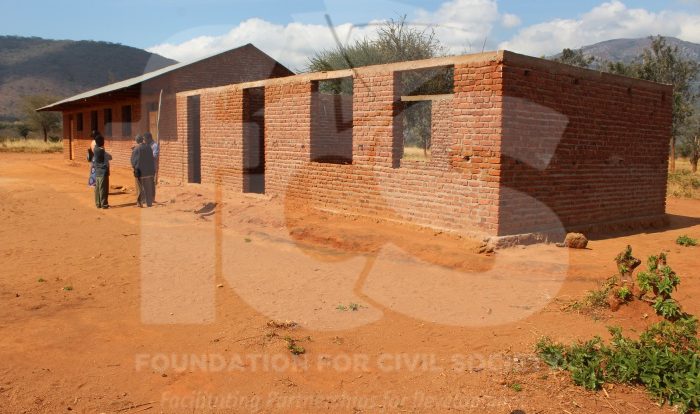 They planned together and embarked on a project to build Kilimbwa Primary School. Everyone participated through contributions and manpower. In a record short time, they built two kilns to produce bricks that were used to build one classroom and teachers office. They didn’t end there.

Phase two was four classrooms and teachers’ toilet. So they produced over TZS 20 million worth of bricks (102,500 bricks in total) from their communal kilns. These were used to construct the buildings up to lintel stage. At this stage, they are working hard to raise funds for roofing and finishing of the new classes. They also donated about 20,000 bricks worth TZS 4 million, for their Secondary School in Ibomu Ward.

“After building one class successfully, we now are itching to do more. And we just discovered that we have the capacity to do a lot. So instead of crying and whining waiting for the government to do something, we will always start up to the level where we get stuck, then we ask the government to come see what we have achieved and request their assistance” says Mr Nyalusi.

Still a long way to go

Kilimbwa villagers have a long way to go. They have a lot of dreams and have just discovered they have the capacity to do a lot to transform their lives. But like many communities similar to theirs, they face divisive challenges.

The village leaders reveal that some people in the village still need a lot of push to get involved and participate in their development initiatives. Others still need more training and constant reminders. However, some of the biggest challenges come from outside the villages; from Politicians. 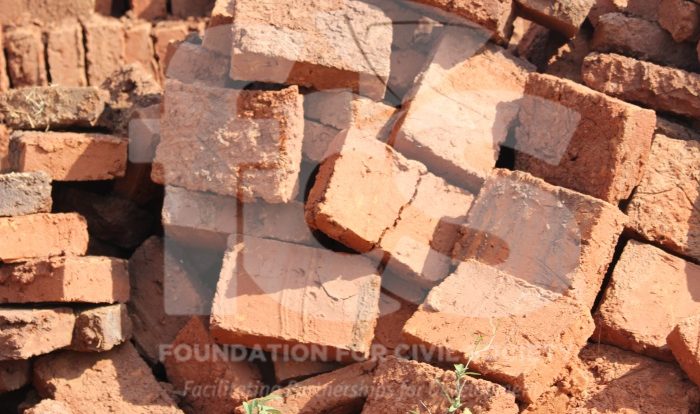 “We were building a teacher’s house once. We contributed and put our effort in the project. When we got to the beam/lintel, one of the prominent Politician in our district pledged to finance the roofing stage. We all got excited and stopped contributing. That Politician never honored his word. And we got stuck with an unfinished teacher’s house” Mr Sethi, said bitterly.

However, this seems like a small hiccup for a Community that has just discovered their ability to better their lives.