Improved Self Care for PWA

With support of the Foundation for Civil Society in this project, Caritas has used a number of ways in reaching out to people for sensitization and raising awareness on PWA care. Such ways include organized formative training and workshops of which groups of teachers, students and pupils benefitted. It also facilitated school clubs to improve inclusion of PWA in school environment and beyond.

I learnt to care, thank you Caritas

‘‘I was happy to attend the training organized by Caritas which basically touched on giving knowledge of albinism. Specifically, we learnt about who is albino and what environment do they need to properly live, what and how they should wear to protect themselves from harsh conditions to their skins such as sun rays. We also leant that they are normal people who can participate in socio economic activities that do not affect their well-being such as engaging in farming activities during the sunny days’’.

‘‘We were taking the pupils with us in these training sessions so that they could also learn on how to live properly and safe in their environment. They learnt how to take care of their skins and use the special lotions supported by other organizations such as stand in voice to protect their skins.

Happy to take care of myself..

One of the pupils who attended these training sessions is Baraka Jeremiah a 16 years grade five pupil at Furaha Special School. Commenting on what he learnt he said

‘‘I felt valued to take part in the training sessions organized as I learned how to take care of myself and on how to use the special lotion which protects people with albinism from sun burn. I also learnt on how skin cancer develops when you stop the proper use of the lotion that we are given. I also learnt on how to wear properly which include covering our body parts well by putting on long sleeve shirts and trousers, caps and sun glasses. Before the training I didn’t know how to use the lotion and I sometimes ignored but now I am aware as you see my skin condition manifests how good it has been taken care’’.

He finally pinpointed that he was happy that all in his class attended the training and benefited a lot. 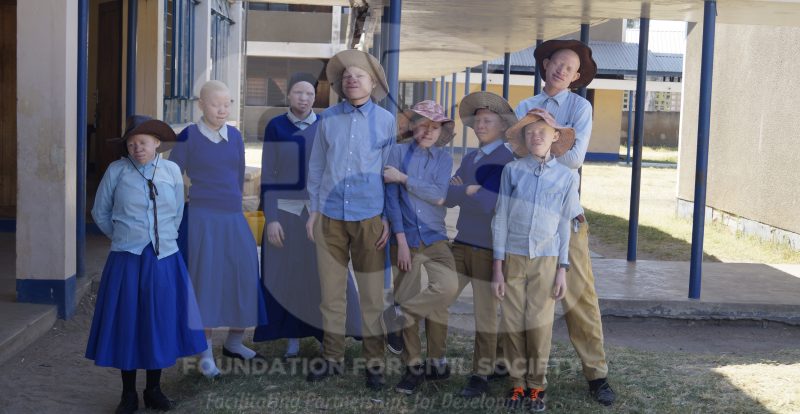 They are as normal as the rest!

Caritas has also engaged teachers and students in secondary education in raising awareness on the rights of people with albinism. At Tabora Girls school there is albino club which also include other non-albino members to discuss on various issues of concern for PWA. Commenting on the presence of such club Mr Stephen Nyandwi, a teacher for students with special needs and a club patron had the following to say

‘‘The session for discussions of this club take place once per month, issues raised are those related to instilling confidence to PWA students so that they feel as equal members of the society. In these sessions, we also include other normal students to improve their relationship amongst themselves in order to help each other when the need arises. Many topics covered are related to the issue of inclusion which is key for PWA. We really appreciate this project as it has brought positive results to students with albinism’’.

In school club for my right!

‘’I have been a member of the club since I was in form four the club does include other students who aren’t albinos and we discuss variety of issues. The topics of interest touched on how to take care of ourselves to be clean as albino girls, also we touched on areas such the challenges we face in our learning processes and how we live with other members in school and outside the school’’. Immaculate Olalankuba (19) form 5 student at Tabora Girls Secondary school 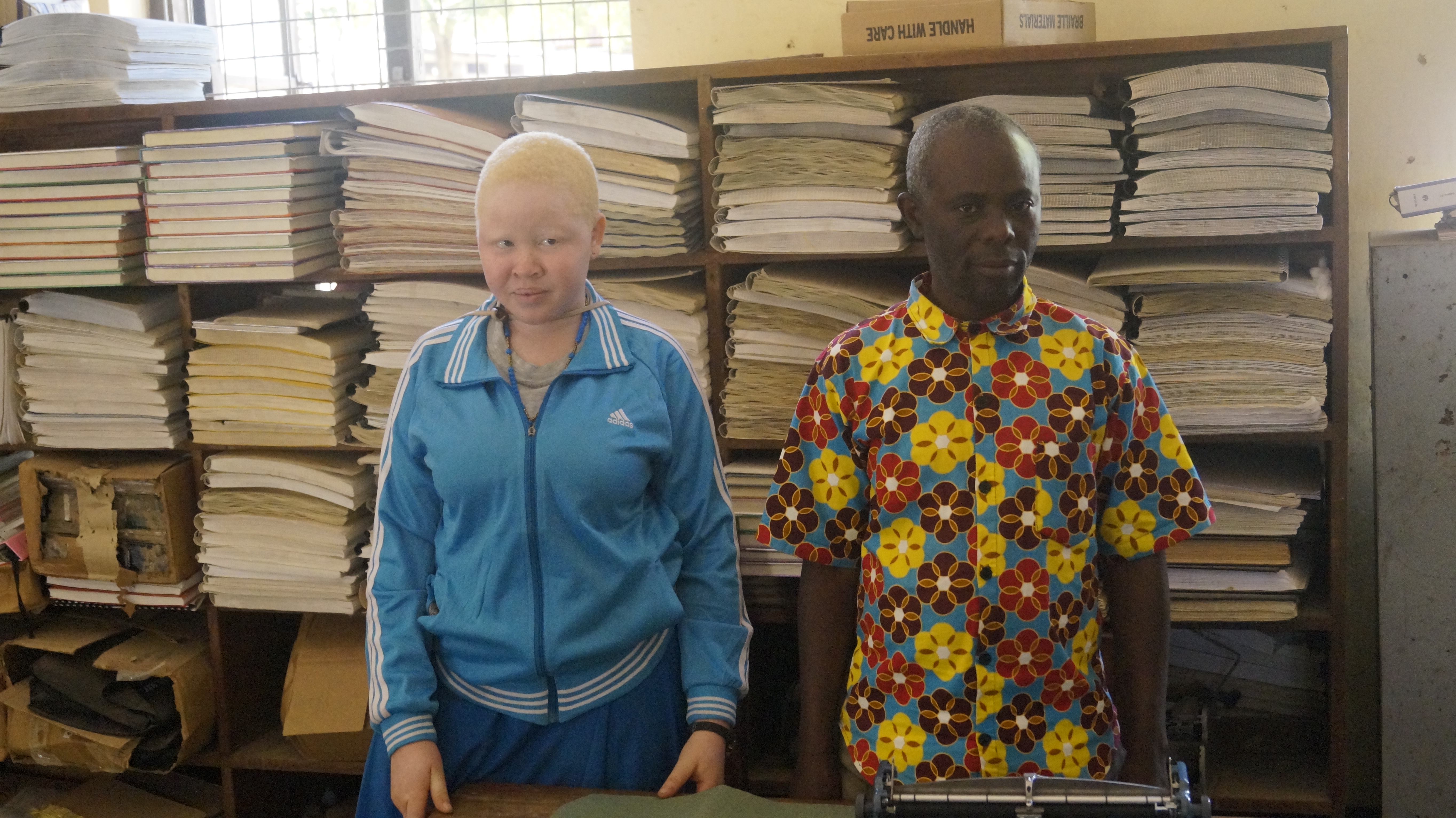 This club was formed in Tabora Girls Secondary school. It has 20 members and led by two students one a student with albinism and the other non-albino student. It includes other normal students to improve inclusion and educate the rest that albinos are as normal as the rest of students in school despite their special needs.